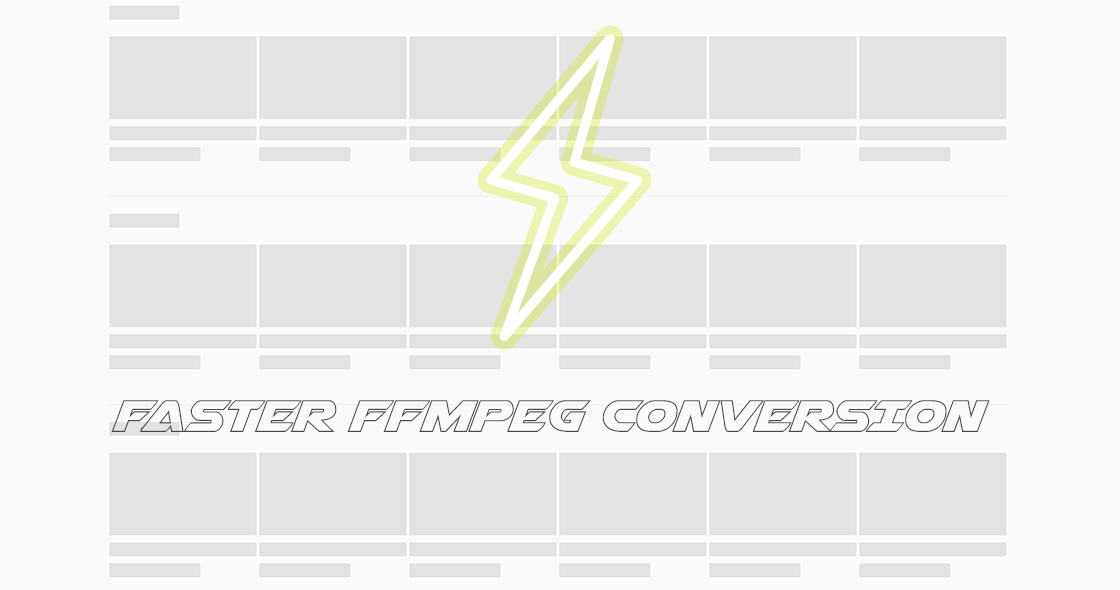 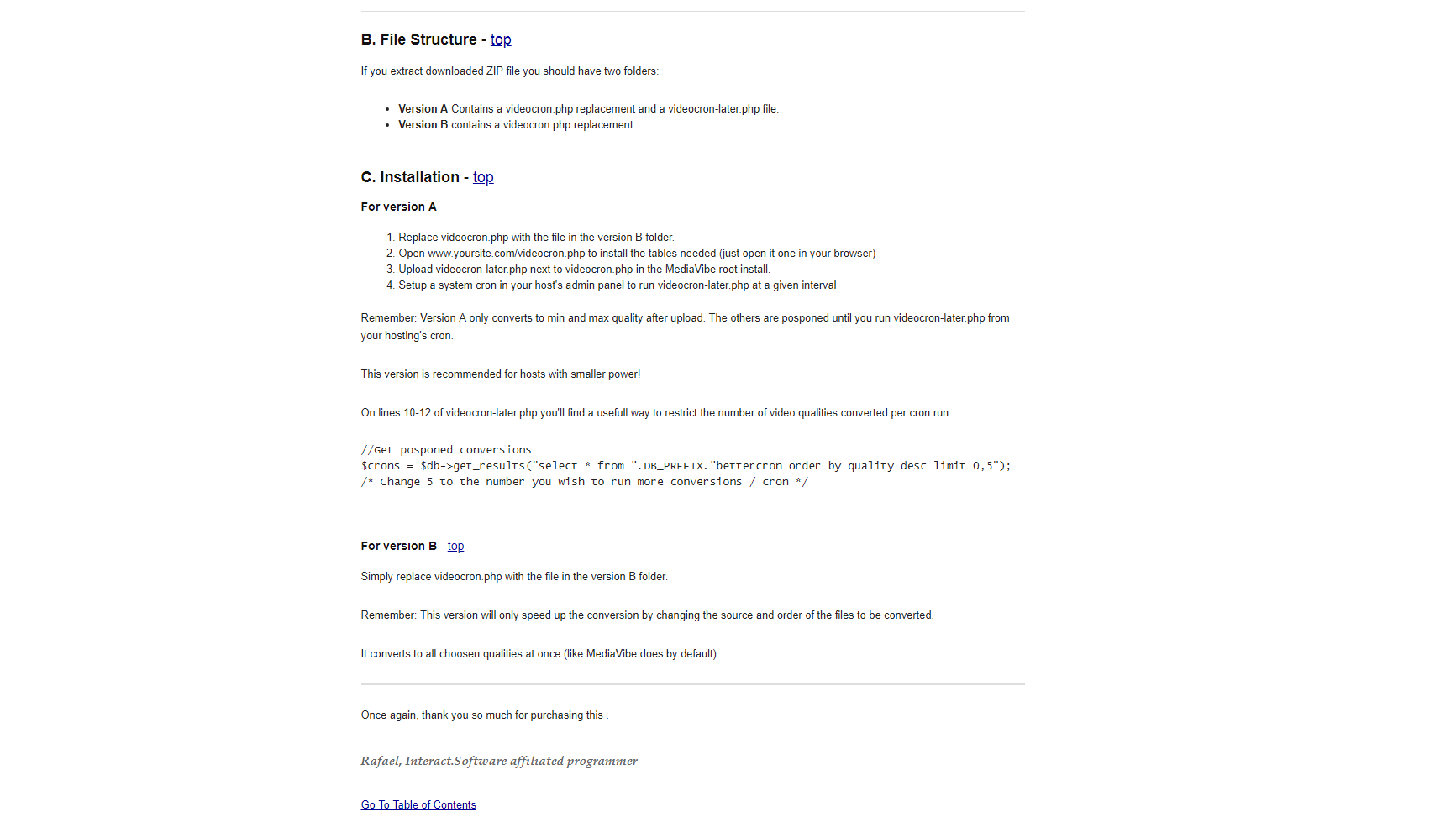 Even if MediaVibe comes with a good FFMPEG conversion logic that does a good job, this modification can improve it and make it faster and lighter!

by settings the current quality to be converted from previous (bigger) quality and not by the original (uploaded) source.

It can also postpone some conversion tasks (Version A).

This saves time and server load on every uploaded video that gets converted with ffmpeg!

"Alternative conversion engines" is for MediaVibe CMS v6 but should work fine even on older PHPVibe v5.


This plugin has two versions, A and B, both capable of speeding up the conversion and also save server load.


Installing is a breeze! A few seconds, no need to tweak anything.


Can speed up and also save a lot of load by:

- Converting only to min and max qualities selected in admin after the upload and saving the other qualities for later.


- Converting postponed qualities at a time your choose (for example one 1h, once a day, etc) in your host's cron.


Can speed conversions and save load by changing the source and order of the files to be converted. It converts to all qualities at once (well, one after the other as defaults in MediaVibe).


In both it limits the work time and power needed for ffmpeg by serving a smaller source for lower conversions.

Uploading a video does this conversions:


This is the logic in the CMS.


That's a conversion source chained from bigger to lower.